Film festivals are a great way for a new director to rack up some fame and build a fan base. South By Southwest (SXSW) is one of the larger media festivals in the world, and is even better than most festivals for giving a new director to chance to make a name for herself – if she can hack it.

SXSW is a qualifier for the Academy Awards for short films. Only 23 short films are given the opportunity to compete in this prestigious festival, which means it’s a showcase of some of the best short films that are produced in any given year.

Here I’m going to highlight a couple new directors and the films they presented at the 2019 festival.

Do you remember “the talk” which may have happened with a parent? It probably wasn’t your babysitter – that would have been inappropriate. That’s what happens in Heroines. The babysitter gives the (very sheltered) student a lesson about adulthood.

Katia Badalian is a Russian/American director and production designer. Heroines is her first short film. It premiered at Montana Film Festival and is now up for selection at SXSW. Her main message, which is clear in this film, is that women should feel empowered and beautiful. You can learn more about Katia at her website: http://katiabadalian.com/ or by following her on Instagram (link).

The Jog, directed by Joseph Lee Anderson, shows just how fast circumstances can change – whether from bad to good or good to bad. This film captures the beautiful moments in life that should be appreciated. It also captures the dark realities that happen in life.

Joseph Lee Anderson is an actor from Kansas City, Kansas. He’s also making his short film debut in spectacular fashion – being selected as one of the 23 competitors at SXSW 2019. His movie challenges viewers to be more open minded about people of other races, while also celebrating individual success and challenges we can all relate to. You can learn more about Joseph by following his Twitter (link) or Instagram (link).

These two films are up for the “Narrative Short” award at SXSW. We will see more from both directors – Katia and Joseph Lee. There were many other great short films at SXSW. You can find the full list at: https://www.sxsw.com/festivals/film/lineup/.

To view top short films, including many of the films that headline at these international festivals, subscribe to http://itsashort.com. ItsaShort is a platform that connects professional short film makers with a global audience. We host award-winning short films across all genres – the best of comedy, drama, documentary, horror and adventure. Click here to learn more and get started. 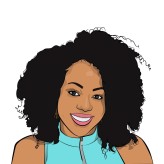 Collected Voices Film Festival Comes to the University of Chicago